The Call of the Wild

There’s a particular travel destination that entices my photography-loving husband to brave snow, sleet and 25-degree temperatures in the spring. It lures him to drive 200-plus miles in a day scouting for wildlife. It lulls him into waiting patiently, eyes glued to his viewfinder, for just the right image. This beguiling place is Yellowstone National Park.

It’s been eighteen months since we last departed and the separation tugged at our heartstrings like cupid’s bow at full draw. Our arrival in West Yellowstone, Mont. felt like a homecoming — reconnecting with friends, visiting familiar sites and anticipating the park’s spring opening. Officially, Opening Day was April 21st but the park wakes up slowly, sleepily over several weeks as snow melt gives way to snow plows. 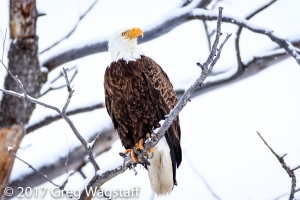 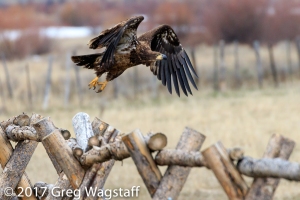 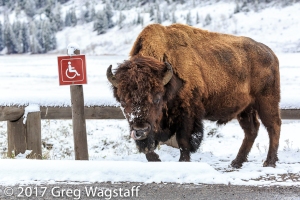 There’s something magical about being in the park early in the season. In the stillness, you can hear snow tumbling off pine branches — close your eyes and it sounds like a crackling fire. Fresh powder remains undisturbed except for some telltale animal tracks and it’s easy to imagine that yours is the lone car on the road. Not all park roads and services are open yet, but each week brings new explorations as different areas become available. 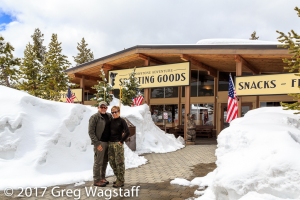 “How come I can’t see through this”? I shouted to Greg. “Take the lens cap off”!  he called out from atop of the motorhome, shovel in hand. Snow, six inches deep, blanketed Betty, our diesel damsel. I had hoped to sneak a photo of him, but clearly, the camera is better off in his hands.

So, our wildlife photo safaris begin. Moose and bear have eluded us so far. Bison command the roads. Eagles rule the air and my photography-loving husband and I continue to be captivated by the call of the wild.