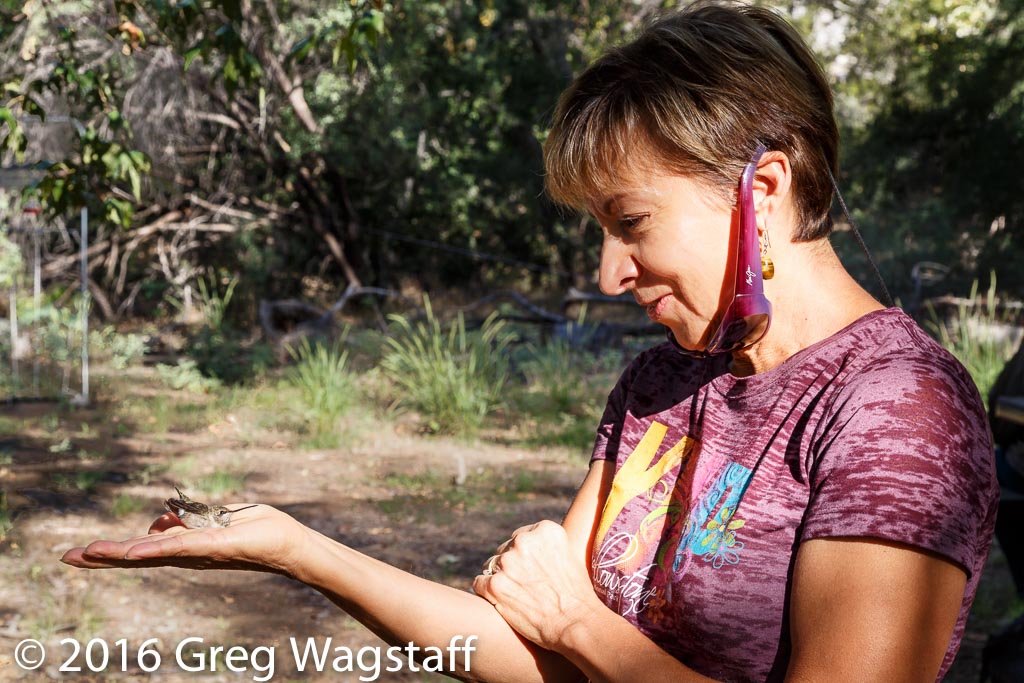 I held the hummingbird in my palm, expecting it to fly but it cocked its head instead and stared at me. I stared back. It felt light as air and its body whirred like a tiny motor. Moments stretched into timelessness. With a coaxing nudge from the national park biologist, it flitted away. I had just released a newly banded hummingbird back into the wild! 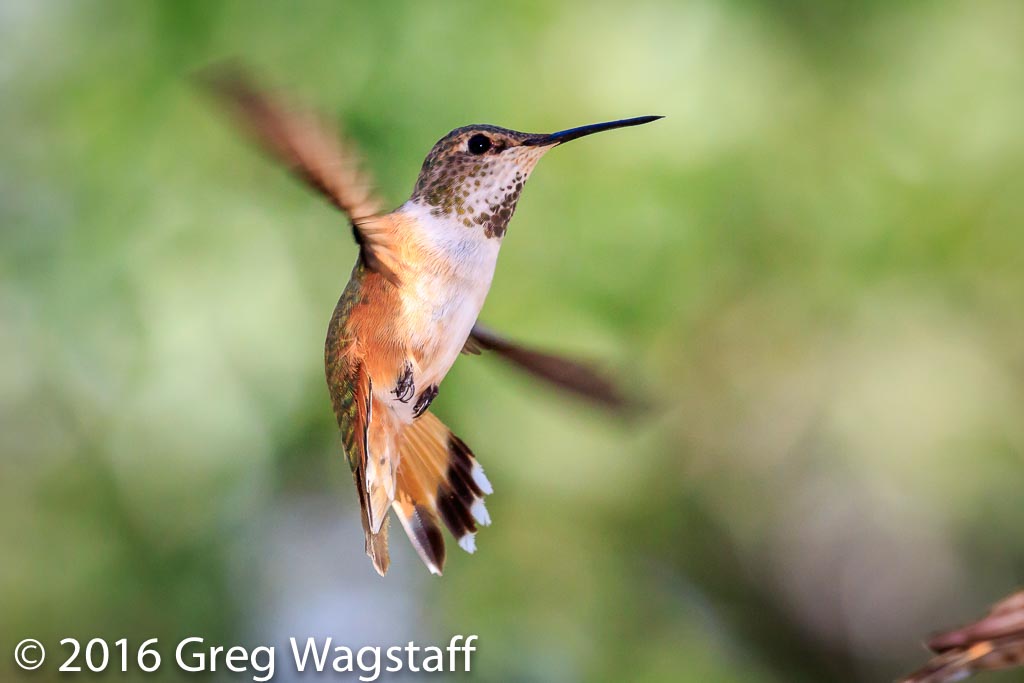 What a delightful way to spend a morning at Montezuma Castle National Monument in Camp Verde, AZ.  A national park volunteer tipped us off to the banding “event” the day before which felt more like a private gathering of dedicated bird-lovers. A picnic area hidden under a canopy of tall trees revealed a team of five national park employees and volunteers set up to record and band migrating hummingbirds in association with the Hummingbird Monitoring Network (www.hummonnet.org). As the sole attendees, Greg and I happily took front row seats on a picnic bench near the work table filled with banding pliers, hatpin-like posts holding tiny bands imprinted with numbers, a feeder, white mesh bags, mini “pillows” and other interesting paraphernalia. The park biologist welcomed us and described the process. Just minutes later we watched it unfold.

A hummingbird landed on one of two feeders, 20 feet away, and a net dropped like a curtain, creating a makeshift cage. 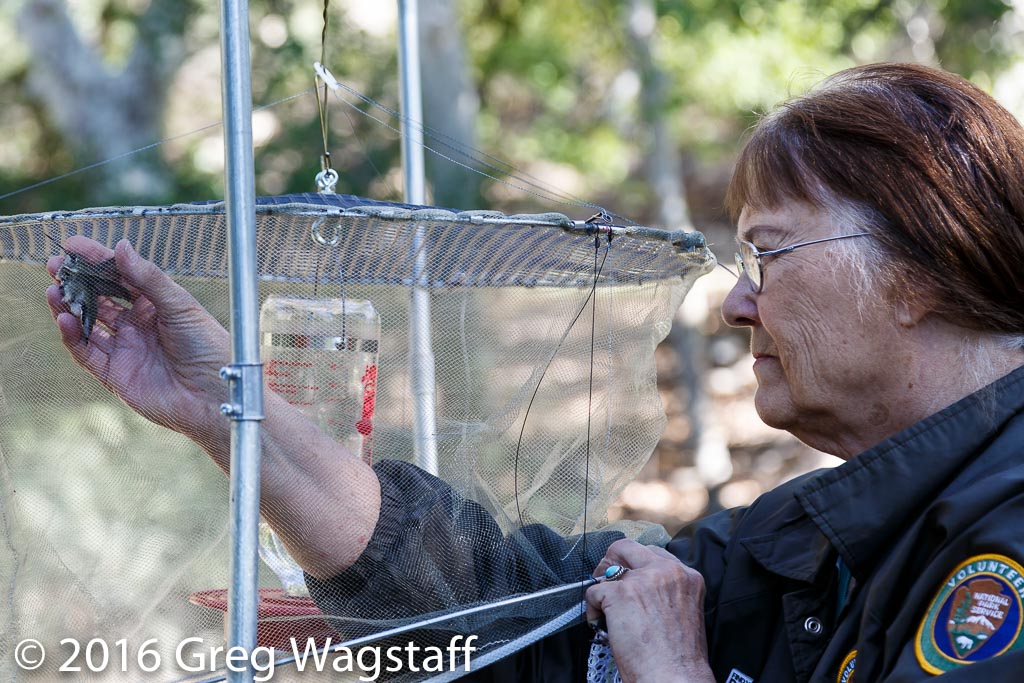 Cables stretched from the nets to stands manned by the crew. With just the touch of a switch, it was curtain time. Timing is key and sometimes the feathered beauties escaped before the finale.

Quickly, carefully, the captive bird was placed in a mesh bag and delivered to the biologist who checked to see if it was banded.

This black-chinned hummingbird was not sporting the numbered anklet. “How’d you learn to do this?” Greg asked as we watched her gently place a measuring tool on a skinny, twig-like leg sticking through a hole in the bag. “Extensive training. We actually practiced on toothpicks”, she replied. After applying the band she hand-held the bird, made some measurements and softly blew through a straw separating breast and neck feathers to check for fat content (thick necks) and developing eggs. 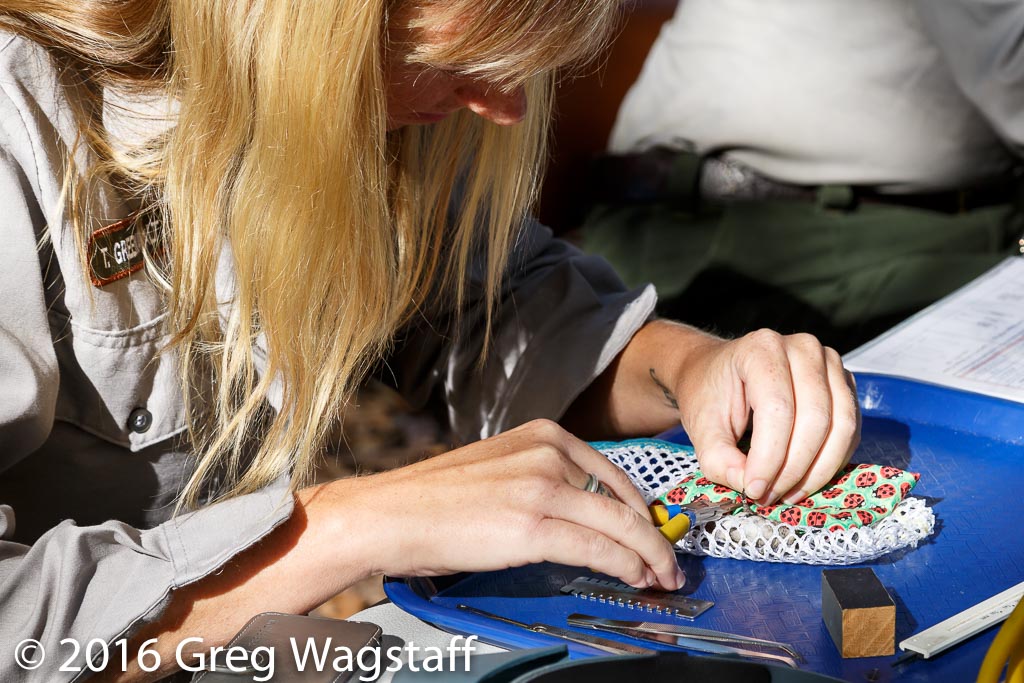 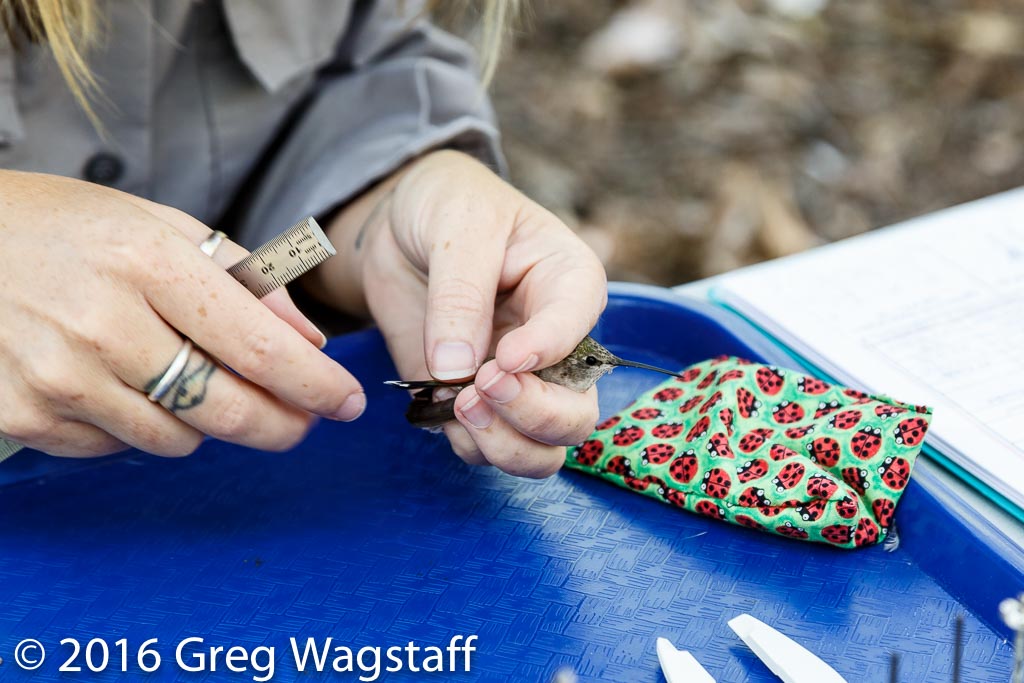 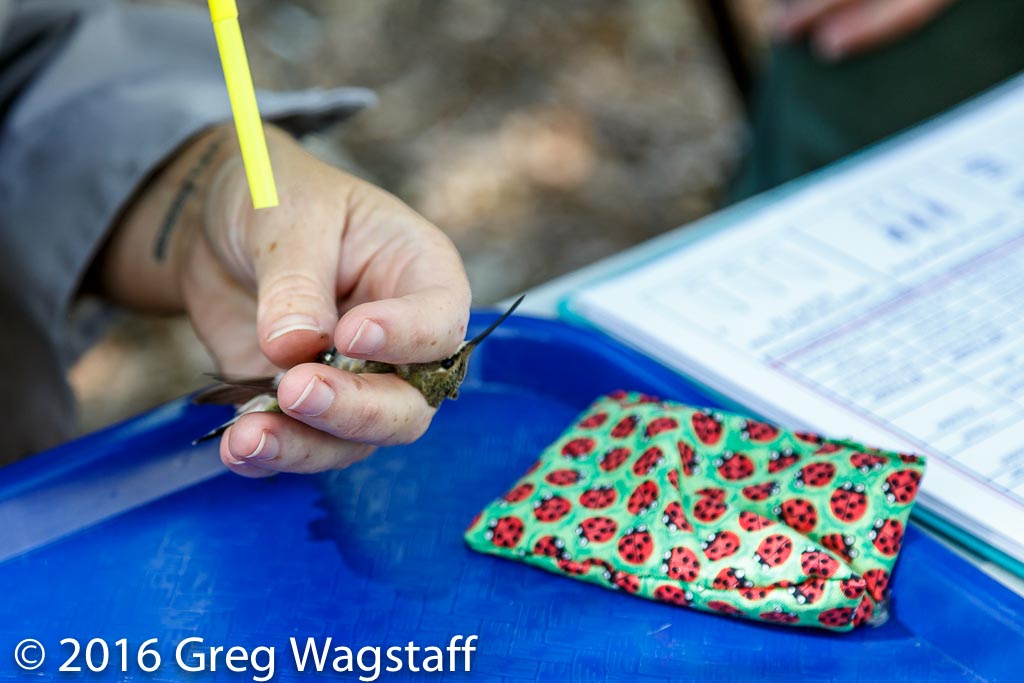 Then, the bird was gently wrapped in a sheer fabric square (feet and head sticking out) like a mini-burrito and weighed on a scale. A team member recorded all the data during the process which took five minutes or less.

With a swooping motion mimicking the hummingbird’s natural flight to a feeder, the biologist held the bird at the table-top feeder while it drank its fill of sweetness.

“Would you like to release the bird?” she asked me. I opened my hand and she placed the hummingbird in my palm.