Hats off to the WA ferry system serving Seattle! After hearing horror stories about the Seattle freeway traffic, we opted to take a ferry and hoof it around the city.

With just a short drive from Gig Harbor, WA to the Bremerton ferry station we entered the boarding area. The orderly procession of cars, bikes, and motorcycles rolling aboard entertained us as we waited. (OK, do we sound like tourists now?) Minutes later, passengers embarked and the ferry floated away right on time! The hour voyage across Puget Sound passed quickly and comfortably (plenty of open seating at non-commute times!). We enjoyed the views along the way especially when the Seattle skyline emerged as we rounded the bend! 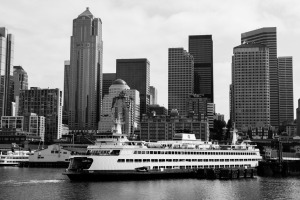 We disembarked just a short trek from the famous Pike Place Market, home to the original Starbucks and THE Pike Place Fish Co. 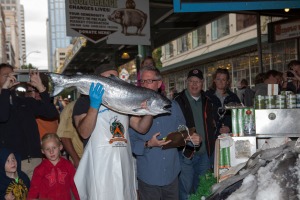 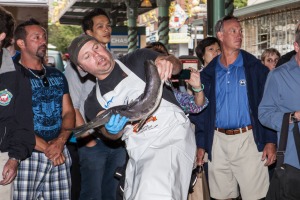 And yes, fish do fly!

Fun, smiles and laughter abound as Pike fish peddlers engage crowds and toss fish to be fileted and wrapped. It may not carry the title of the happiest place on earth but it certainly seems to make everyone’s day a bit brighter! The lively, crowded market stretches several blocks displaying rows of gorgeous, colorful flowers, fresh produce, art work, jewelry and much, much more to the delight of shoppers. 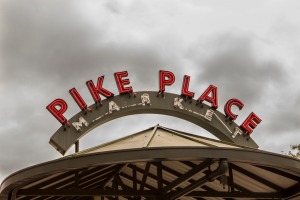 The festivities continued at Starbucks where an Acapella quartet entertained long lines of java fans. For all you Starbucks devotees, here’s a bit of trivia…. this is the only store displaying the original Starbucks logo — it was revised when the brand was mass marketed. 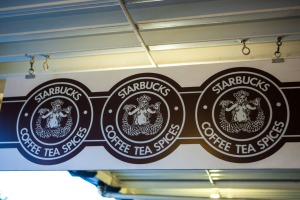 A visit to the Space Needle and EMP (Experience Music Project) Museum rounded out our Seattle city tour.

An absolute must see is the Boeing Plant tour in Everett, WA! The sheer size of the facility is incredible. The 747, 767, 777 and the 787 Dreamliner production lines are in this facility. The plant is the world’s largest building by volume at 472,000,000 cubic feet (yes, that’s million!). The tour takes visitors into the manufacturing plant and we saw the 747 and 787 Dreamliner assembly lines! Through underground tunnels and elevators travelling several stories high we stepped onto the viewing area to look down on the plane assembly lines. Opposite our viewing deck and across the manufacturing floor a wall lined with glass front offices stretched from floor to ceiling. Photographs are not allowed to be taken on the tour. 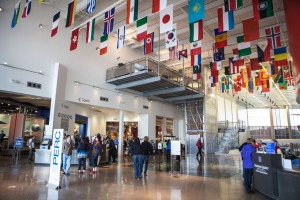 Boeing is very serious about this and just to make sure visitors aren’t tempted to snap a shot, cameras, cell phones, purses, backpacks and bags of any kind are not allowed on the tour. The final announcement that “any phones or cameras seen in the plant are considered Boeing property and may not be returned to the owner” sent a few folks scrambling out to their cars to ditch their cameras and phones! Our drive back from Everett to Gig Harbor confirmed our worst fears. The traffic is awful! We endured a snail’s pace crawl for 3-1/2 hours that should have taken about an hour. Ouch!